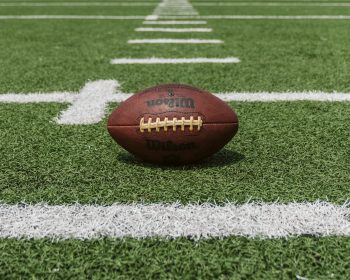 On January 3, 2023, Buffalo Bills football player, Damar Hamlin, suffered a cardiac arrest on the field during a game with the Bengals. Even if you know nothing about football and don’t care about the sport, i doubt you can escape the solidarity of all the players, managers, sports fans, and media who witnessed the event and followed the news for days after.

It isn’t really about football.

A quick check of SeatGeek.com shows that ticket prices for a Buffalo Bills vs Cincinnati Bengals game are as low as $250 per seat, but if you want Super Bowl LVII tickets, even those moderately priced will start at $5343. Nobody pays over $5000 for a ticket just to watch football. If it was really about the sport l, you could watch a football game at your local high school for under $10. No, it’s not about football.

Then what is it? What drives normally sane people to pay insane prices to watch grown men tussle on a  field, roll around on the ground, and sprint to the end-zone, clutching a ball that is so misshapen it looks like a defect? No, I don’t think it’s about football.

I could be completely out of bounds here – but I think it’s all about the relationship. Yeah, not the touchy-feely kind of relationship, but the camaraderie, the excitement, the adrenaline-fueled competition, running with the crowd, and wanting to experience the same euphoria that others experience. If you have doubts about this, it’s OK. But when I saw Damar Hamlin go down and witnessed the overwhelming reaction of the entire crowd in the stadium, I cemented my opinion. The concern and prayers for Damar Hamlin by Buffalo Bills and Cincinnati Bengals fans tells me there is more to football than the mere game.

When watching the game, I witness energetic plays on the field, tactics man-to-man to serve their teams, and strategy to protect the ball carrier so he can make it to that last yard without fumbling. Then if everything works according to plan, score a touchdown. I watch football, not because I understand the game, but because I understand relationships.

Now, you might doubt my philosophy, but that’s the best thing about opinions. We can all have opinions. Some we agree on. Some we don’t. But never doubt the value of having your view on things. That’s what keeps us inspired and interested in this thing called life.

Photo by Dave Adamson on Unsplash

2 thoughts on “It Isn’t About Football”