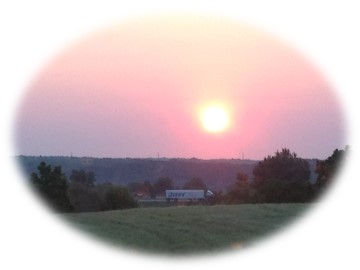 Sometimes I struggle. Does that ever happen to you? Struggle? If we held up our lists of struggles side-by-side they probably wouldn’t match, but we would all have something on our lists.

I have a lifelong infatuation with the word ‘why’; not so much the academic, ‘Why does that formula work when this one doesn’t?’ but the practical, ‘Why did this happen when it’s not at all what I expected.’  We’ve all been there, navigating the speculative ‘What happens now?’

You know, Gideon went through that same litany of defeat when nothing seemed to be going the way he envisioned. For one thing, did you know that Gideon’s reputation was not ‘Mighty Warrior’, but was instead the ‘weakest member of the weakest tribe’? This was serious for a warrior who was in charge of leading soldiers in battle. Do you think Gideon had ‘why’ on his mind?

Gideon replied, “With me, my master? If God is with us, why has all this happened to us? Where are all the miracle wonders our parents and grandparents told us about?”

Docile, frightened Gideon was carrying the burden of a nation and because he destroyed the altars of the false god, Baal, his life was in danger. I’m thinking Gideon asked ‘why’. The story continues in Judges 6 with Gideon confronting the Angel of the Lord with this argument, “The fact is, God has nothing to do with us—he has turned us over to Midian.”

It sounds like Gideon was struggling with ‘Why did this happen?’ Is this a lot like our struggles today? Do we concentrate so intently on activities we can’t do to the detriment of those we can? Do we so obsessively crave what we have lost, we disregard what we still have?

Sometimes we need a little reminder that comparison is the enemy of contentment. We need to take stock of what we have now and begin a new inventory to build on. It’s true that many individuals have lost much of their past inventory and rebuilding from what they have now is devastating.

The truth is though, what’s gone is the past, what remains might be crumbs but they are the morsels to start rebuilding. Focus on what we have, not on what was lost. Unsure? Of course, we are unsure, and so was Gideon. Remember he had just shown his skepticism when he reminded God that it seemed like He had turned his back on Gideon’s people.

So let’s continue Judges 6:14. God faced him directly: “Go in this strength that is yours. I have sent you, haven’t I? The victory over Midian is already yours.” Can you just hear Gideon? Ha! “You’re kidding, right? Me, my master? Am I going to save Israel?  I’ve got nothing – no strength, no power. Look at me. My clan is the weakest in Manasseh and I’m the runt of the litter.”

Gideon was focusing on what he didn’t have; what he couldn’t do, but God had a plan that far exceeded any that Gideon could imagine. Verse 16 “God said to him, “I’ll be with you. Believe me, you’ll defeat Midian as one man.”

Here’s the path to overcoming the enemy of defeat. Don’t worry. It changes nothing.  Remember God is by your side. Ask Him to be your guide and protector. Start reminding yourself of what is good, lovely, honorable, and brings you joy.

NOTE TO READERS: I am working on my site and having plenty of issues. Please come back in the future after I have things figured out. It’s going to be a while. Sometimes technology is not my friend.